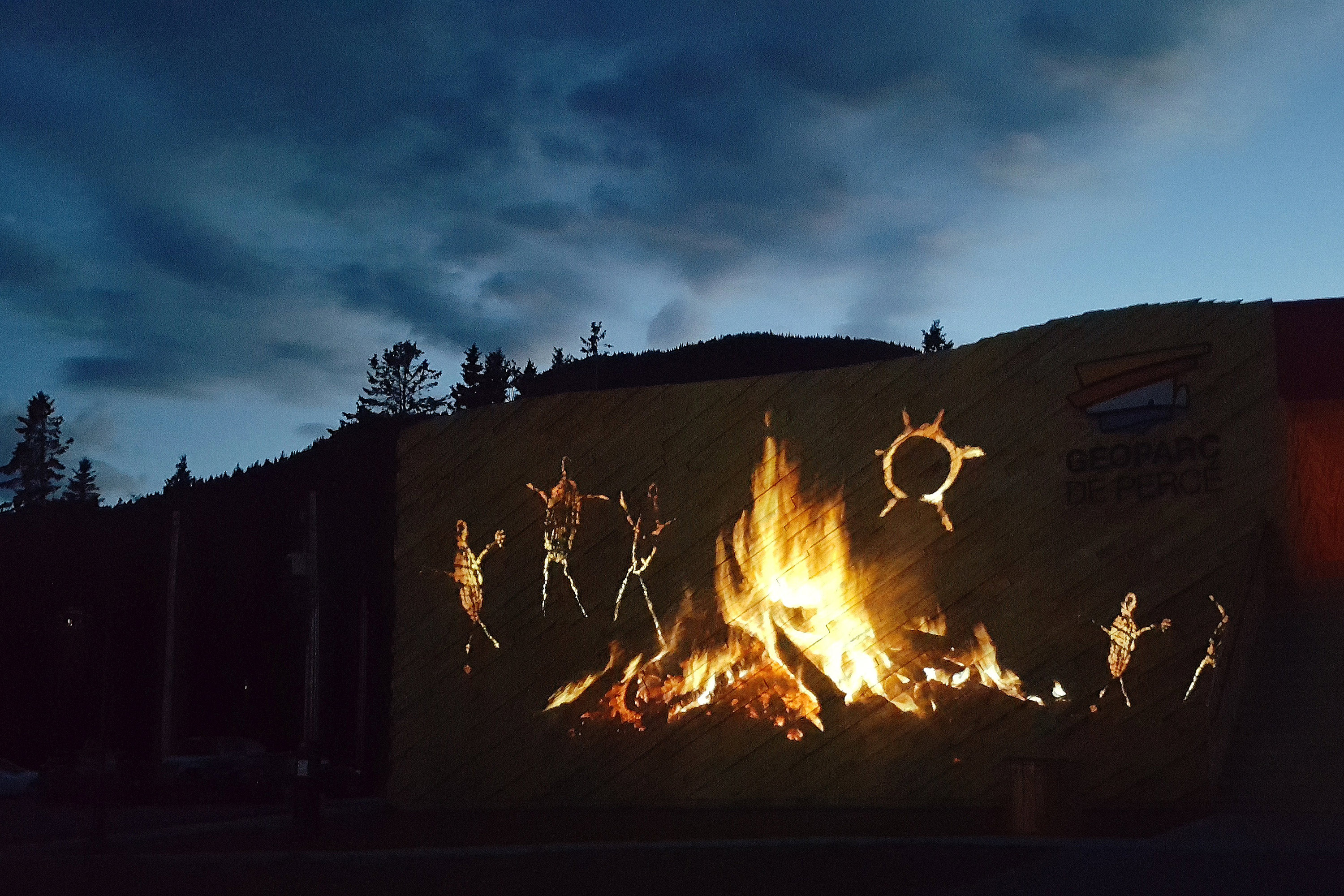 The creation of the Micmac people

The Geopark of Percé is proud to project every night the short movie "The legend of Gluskap", the vibrant and touching story of the creation of the Micmac people, in collaboration with Micmac Nation of Gespeg.

This short film by 12 minutes tells the fascinating story of Gluskap, a legendary hero and a Micmac deity (also spelled Glooscap, Gluskabe, Glooskap, Gluskabi, Kluscap, Kloskomba, or Gluskab). Gluskap is, according to legend, the very first Micmac to whom "The Great Spirit" gave life on Earth. In this legend, the hero learns life, the values ​​to transmit to his people and the path that will take him from west to east, to the lands of Gespeg, Gaspésie.

The inauguration of this novelty was realized on 23 June 2017 in the presence of guests of honor:
Madame Manon Jeannotte, Head of the Micmac Nation of Gespeg
Madam Minister of National Revenue, our MP Diane Lebouthilier
The Member of Parliament for Gaspé at the National Assembly of Quebec, Mr. Gaétan Lelièvre
Several members of the Cooperative Geopark of Percé.
Their presence has shown once again how the Geopark project is a rallying point for the community of Percé, for the MRC and also for all of Gaspésie.