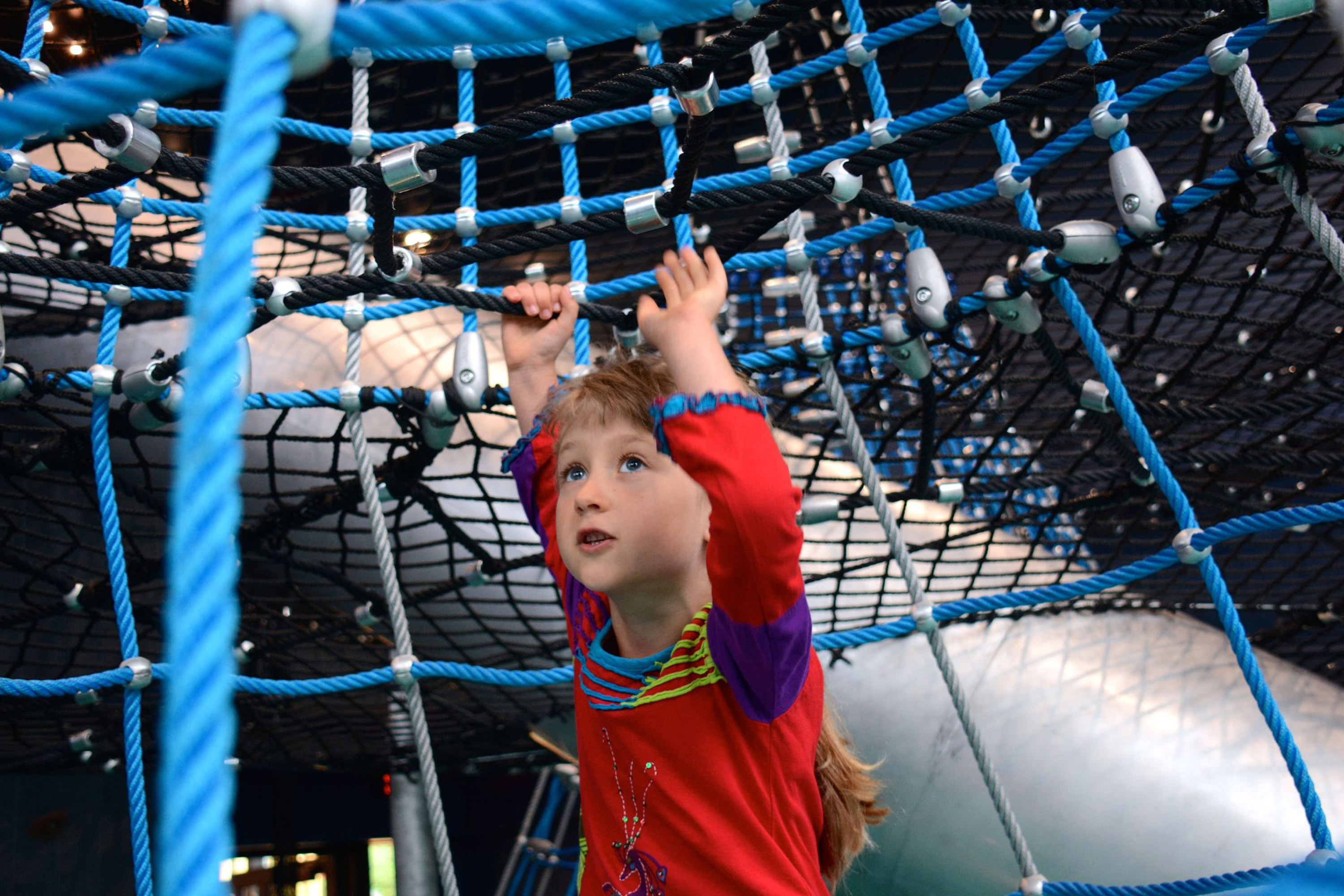 The Desjardins Gaming Zone of the Geopark is unique. It was developed to measure by the Quebec company Tessier Récréo-Parc in collaboration with the firm BC2. Made in Germany by the leaders in the field of net structures, it was named by the manufacturer "the project of the month" in October 2016.

He is featured in his publication of the same month. Berliner Seilfabrik is an international company that shines everywhere on the planet. So ? We start in the nets? 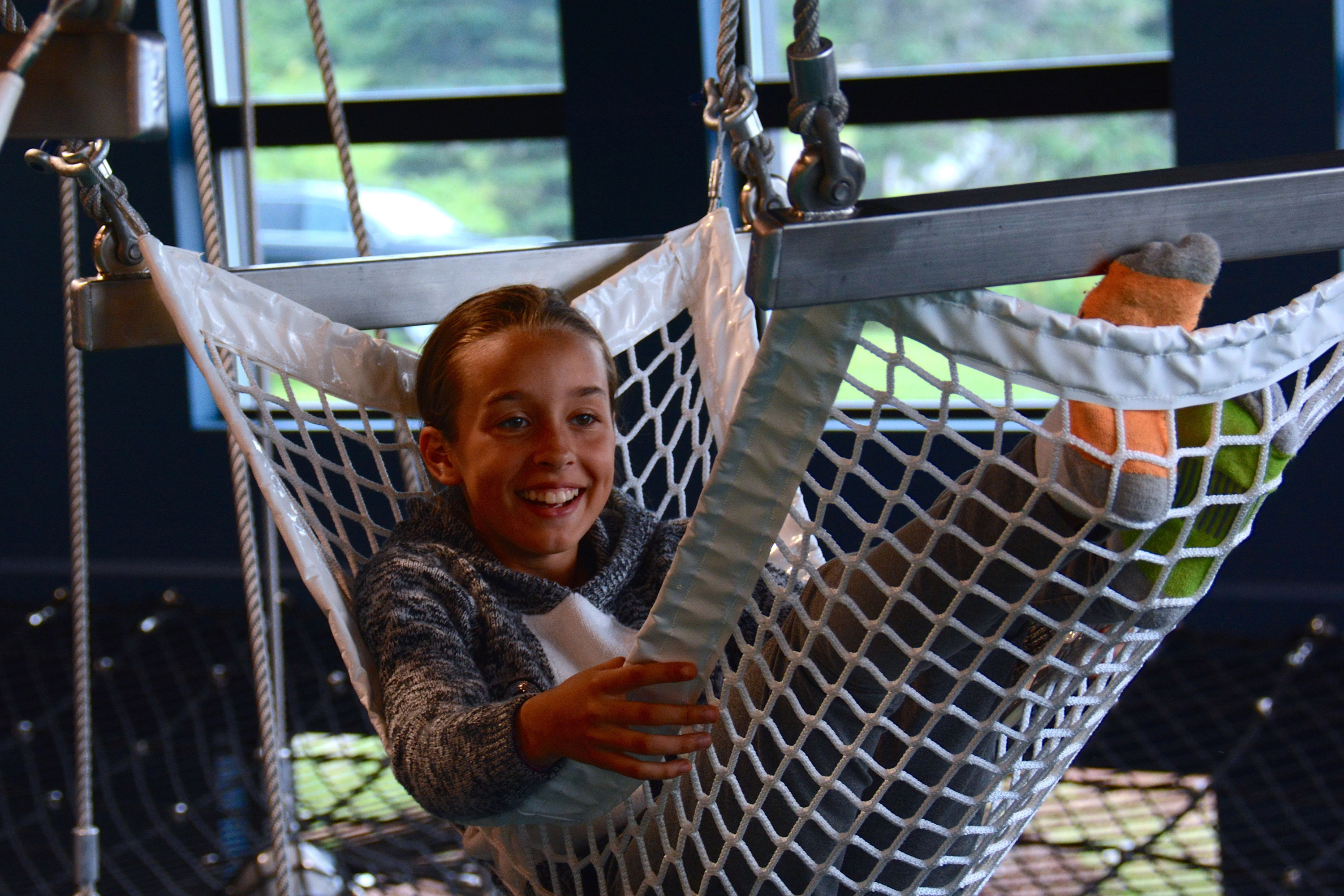 The large, star-studded playroom at the Experiential Pavilion is a delight for families and schools.

Spacious and innovative, this installation offers a large space where the nets are in the spotlight and where the ground recalls the seabed.

Come play, climb and twirl in the coolest indoor playroom in the area!

The Geopark's playroom, equipped with circus nets and unique in Quebec, was being installed in June 2016.

The main nets were manufactured in Germany by world leaders in the field, Berliner.

The assembly was done by the team of Tessier Recreation Park.

It is a concept of maritime-inspired games, unique in Quebec.

The official opening of the Geopark's game room took place on July 22 2016.

To see: Video captured in part during the official opening of ESPACE DESJARDINS, thus designated in 2017 to highlight the significant financial assistance of Desjardins in the project.