Located in the geological province of Appalachia, the UNESCO World Geopark of Percé is located in Percé, a coastal village in the far east of the Gaspésie region, in the province of Quebec, Canada.

The boundaries of the UNESCO Global Geopark in Percé correspond to the borders of the municipality of Percé. In 2016, this village had 3289 inhabitants with a density of 5,92 inhabitants / km 2.

Percé is the result of the merger of several municipalities carried out in 1970, namely St-Georges-de-la-Malbaie, Pointe-St-Pierre, Barachois, Bridgeville, Coin-du-Banc, Cannes-de-Roches, Percé, Cap d 'Hope and Val d'Espoir. The heart of the tourist village is classified as a Percé Heritage Site.

Our territory consists of 555 km2, which is 432 km2 of terrestrial area and 123 km2 of marine area. Its coastal landscape is dominated by coastal cliffs, including Bonaventure Island and the famous Percé Rock.

These geological formations formed during the Paleozoic, between the Cambrian and the Carboniferous (542 to 300 millions of years). The interior is ideal for hiking in the forest with over 18 km of hiking trails, including the mountains of Mont Ste-Anne and Mont Blanc. 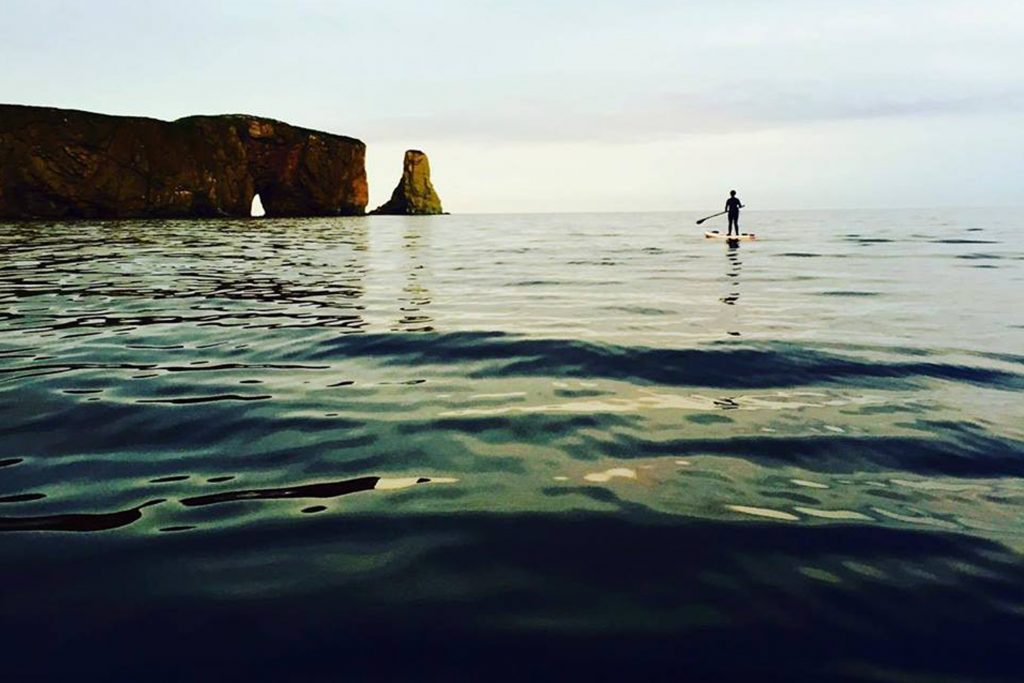 The climate is generally cool and windy, but it is strongly influenced by the local topography. The territory straddles two ecological classifications of the Department of Forests, Wildlife and Parks, a boreal forest dominated by balsam fir and white birch, and the northern temperate forest, mostly fir-yellow birch.

The avian fauna is very diverse. In addition to the presence of the most accessible Northern Gannet colony in the world on Bonaventure Island, some 200 species of birds have been recorded at Barachois de Malbaie.

The presence of marine mammals is a joy for tourists. The Marine Mammal Research Group has listed 13 species of whales present in the Gulf of St. Lawrence. The easiest to observe in the Percé region, on the outskirts of the island are: blue whale, humpback whale, minke whale, fin whale, harbor porpoise, Atlantic white-sided dolphin. The gray and common seals are present in large numbers and they use the numerous rocks flush with the high tide line as a resting area.

The coastal cliffs are very exposed to bad weather as well as to the sea currents that can bring strong waves at certain times of the year. The wind factor has a considerable impact on the region because it amplifies bad weather and sea waves. It has an impact on the vegetation cover.

Ice plays a key role in protecting the coastline and the infrastructure it contains. Coastal ice, when fixed, has the effect of inhibiting storm surges. Their gradual reduction in the current context of climate change should therefore result in greater exposure and may lead to major incidents of risks for infrastructure and users. (Uranus)