We are pleased to catch your attention!

The Gaspé has two sites recognized by UNESCO in 2020.
These are the UNESCO Global Geopark of Percé (recognized since 2018) as well as the site of the Miguasha National Park, which is a UNESCO World Heritage Site.

UNESCO has thus recognized 2 exceptional sites in this beautiful and large region.

Visit them, what you will discover will surprise you!

From Miguasha to Percé, thousands of souvenirs to bring back home. 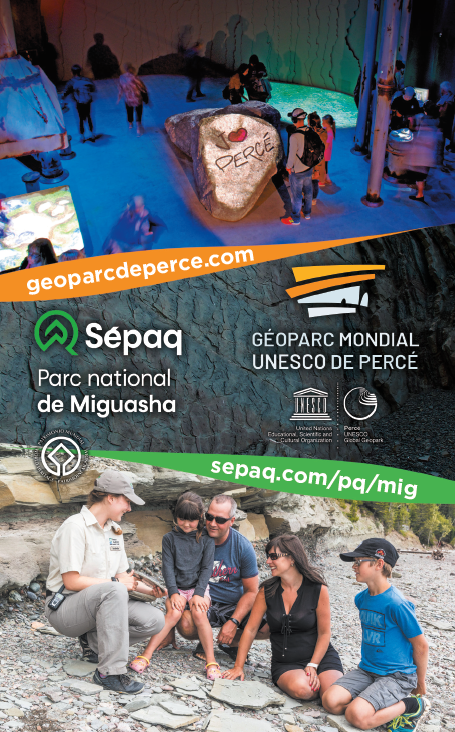 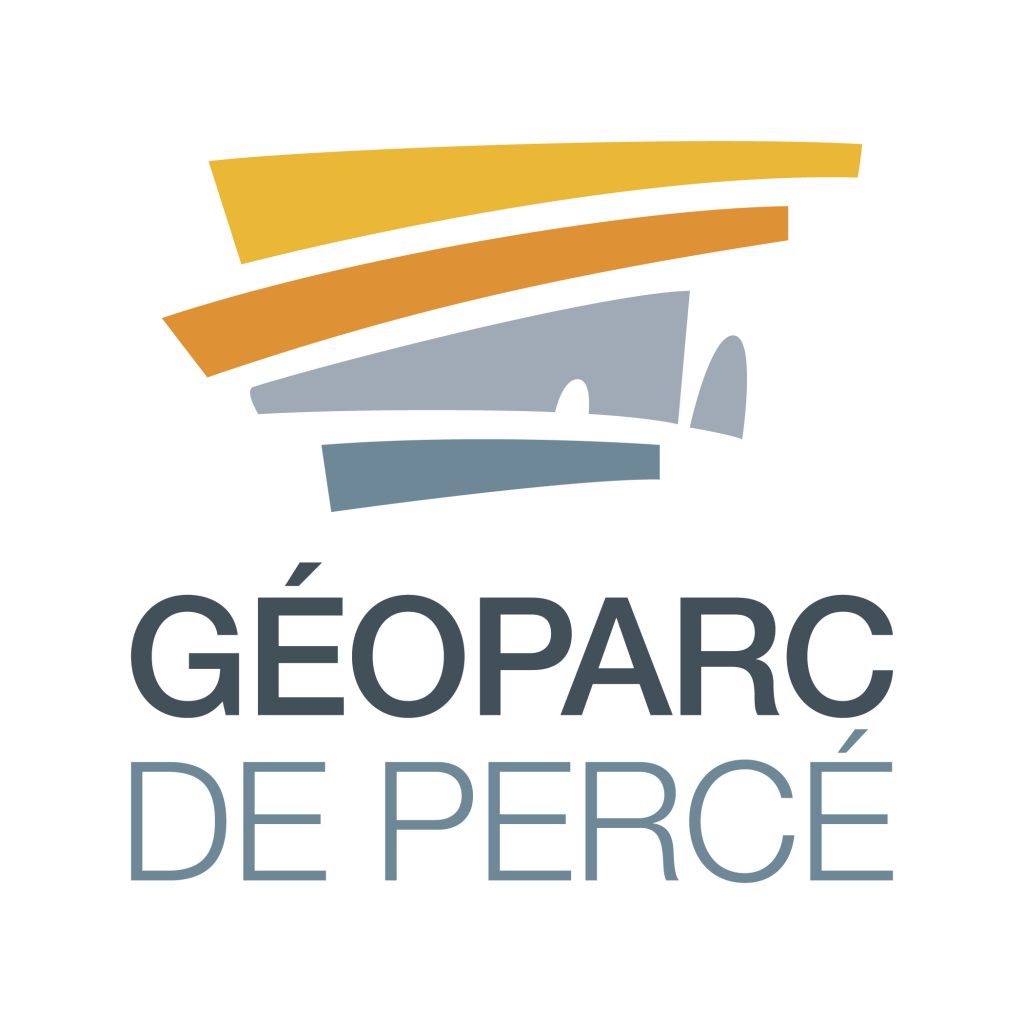 News
May 15th By geoparc

Hot topic of the news, the erosion is caused mainly by natural processes. In the spring, its effects are monitored with a magnifying glass, especially in the coastal region. At the UNESCO Global Geopark in Percé, this phenomenon is visible everywhere in the territory.

Various warnings are given to hikers every year, since the risks are real. In this article, we understand that nature is not the only person responsible: erosion can also be accentuated by human interventions.

First, here are some examples of erosion causes:

The action of the waves

In Percé, it's a phenomenon that we know well. The repeated action of the waves, especially during high tides and strong storms, has the effect of digging the beaches and the base of the cliffs, in addition to moving the sediments offshore. The notches created at the base of the cliffs can lead to rock collapses or landslides.

The wind is also an important factor in Percé. Strong winds that blow on sandy beaches for long periods carry large amounts of sand. They can even cause the displacement of certain beaches. In the mountains, it is not uncommon for the wind to drop trees rooted in the cliffs, taking with them part of the soil.

Alternating periods of freezing and thawing

Under the effect of freezing, the water contained in the porous sedimentary rocks and in their cracks expands from the liquid phase to the solid phase. This expansion is likely to cause the fragmentation of the rocks and their detachment from the cliffs.

That's why there are several posters at the Geopark that show you the danger zones. The geosite of the cave is a good example. Each spring, rocks and vegetation are detached from the walls. It is the same for cliffs at the seaside.

In clay zones, the alternation of periods of freezing and thawing can also cause mudslides. This phenomenon can be seen in some caps of red soil at Percé, as at the geosite of Le Havre des pêcheurs.

The breaking waves during coastal storms are a major cause of erosion on the coastline. The people of Percé know something about it. These waves are particularly devastating during a "storm surge", this severe weather depression combined with a strong high tide and strong winds pushing the sea towards the coast.

During these events, the sea level becomes abnormally high, generating a temporary flood of the coastal zone (marine submersion). These storms accelerate the erosion of seaside lands and beaches.

At the seaside, the sediments thus laid bare are more likely to be transported. In addition, the runoff is amplified which favors gullying. In the mountains, mud is a problem.

That's why at the Percé Geopark, visitors are encouraged to stay on marked trails and avoid dirt roads in motor vehicles or off-road vehicles.

Structures hindering the natural circulation of sediments on the coast

The development of a large number of structures on the coastline is an important cause of erosion. Even erosion protection works can sometimes magnify the problem rather than solve it if they are poorly designed, poorly maintained or installed in inappropriate locations.

Rocks and retaining walls are likely to displace and accelerate the problem of erosion on neighboring lands (end effect) or on the beaches in front of the structure.

In Percé, the wall that was installed in the 80 years to support the seaside pedestrian promenade in South Cove, was finally washed away by the sea, after causing heavy damage in the center of the town.

In 2018, thanks to an ambitious beach refilling project whose mission is to protect Percé from erosion, we have been able to solve the problem and give Anse-du-Sud its old-fashioned airs, with the added bonus of pebble beach.

News
May 9th By geoparc

Percé, May 9, 2019 - To celebrate the imminent start of the summer tourist season, the UNESCO Global Geopark of Percé is pleased to unveil its brand new website. User-friendly, rich in photos and easy to use, the new platform will respond more adequately to the hundreds of thousands of Internet users who visit it annually. The website of Camping Baie de Percé, operated by the Geopark, has been integrated into www.geoparcdeperce.com thus bringing together all activities on the same interface.

Among the new features, the Geopark website presents more structured information to facilitate research on specific topics, while providing answers to frequently asked questions. A new complete section is dedicated to education and another can better grasp what a UNESCO label represents as well as the functioning of the global network of geoparks.

We also take the opportunity to announce the addition of a whole new activity at the Geopark. To celebrate 90 years of Tour de la Gaspésie, the UNESCO Global Geopark of Percé is embarking on the adventure of geocaching proposing 90 star geocaches of the 260 or so found in the region. Another great way to discover Percé differently. Details: https://www.geoparcdeperce.com/portfolio/geocaching/

The site was created by the team of The Web Zone, a young company from Percé.